The Dangers of Foreign Bodies in Noses and Ears

Young children, out of curiosity, often insert small objects in their nose and ears.

They do this out of innocence, curiosity, and a bid to explore their bodies.

It is important for adults to understand that such actions can lead to serious health problems, especially when these objects are pushed deeper into the ear canals and nasal cavities. 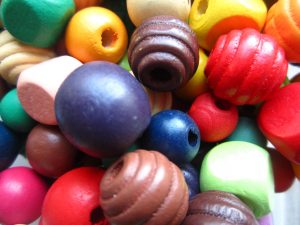 Beads, raisins, and cotton are among the common things that pose a great danger to children. The nose is surprisingly deep, and an inserted object can remain there for quite some time before a parent becomes aware of the issue.

Infection and bleeding are the major indicating factors that something may be lodged in the nose. Discolored and foul-smelling drainage are signs that an infection caused by a foreign object is in the nose. Nosebleeds are known as epistaxis. While nosebleeds are normally not life-threatening, attention needs to be paid to ensure it is not being caused by a lodged object inside the child’s nose.

Children can also insert objects such as beads and peas in their ears. The item can be lodged further inside as they insert their finger inside, trying to overcome the uncomfortable feelings. In many instances, the removal of inserted objects becomes difficult, even for doctors as children do not cooperate.

In such cases, anesthesia has to be used and the procedure to extract the object is performed in the operation room (OR). The costs incurred can be quite significant, not to mention the hassle as parents have to miss work in order to take their child to the clinic.

Care needs to be taken to ensure that such tiny objects are placed out of reach of children and that children are observed continuously when playing with toys containing small parts so that such concerns can be avoided in the first place.