•  If you teach children that foods high in sugar and fats are unhealthy, will they eat more of them?

•  If you teach sexual education, will more teenage Moms have babies?

•  If you teach young kids to avoid putting objects in their noses and ears, will they do it more often?

The answer is NO! 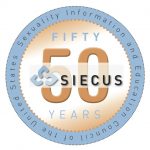 Well, low and behold, the Obama administration and Congress in 2010 eliminated two-thirds of federal funding for abstinence-only-until-marriage education, and allocated close to $190m for comprehensive sex education. In fact, SIECUS (Sexuality Information and Education Council of the United States ) acknowledges that comprehensive programs are effective in helping young people delay sexual activity. 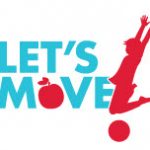 “Let’s Move! is a comprehensive initiative, launched by the First Lady, dedicated to solving the challenge of childhood obesity within a generation, so that children born today will grow up healthier and able to pursue their dreams. Combining comprehensive strategies with common sense, Let’s Move! is about putting children on the path to a healthy future during their earliest months and years. Giving parents helpful information and fostering environments that support healthy choices. Providing healthier foods in our schools. Ensuring that every family has access to healthy, affordable food. And, helping kids become more physically active.”

Additionally, the SNAP Education and Evaluation Study (Wave II), evaluated the impact of several nutrition-education programs on fruit and vegetable consumption among low-income elementary school children and seniors. The results demonstrated that children participating in certain nutrition education programs increased their daily fruit and vegetable consumption at home by a quarter- to a third-cup, and were more likely to choose low-fat or fat-free milk.

By educating children in a gentle, fun, stress-free way, such as reading, they are much less likely to put things in their ears and nose. There are naysayers, of course. Some people believe that if you read this book to a child, the child will be more likely to try putting things where they don’t go. There are school administrators that liked this book, thought the rhyming was excellent and who really liked the fantastic graphic artwork. But, they didn’t want to bring the book to their school because they thought it would encourage kids to put things in places that they shouldn’t.

Nothing could be further from the truth. As seen in the Sex Education programs and the Let’s Move initiative, if you create opportunities for conversation with your kids in a calm, relaxing, non-threatening manner, they are much more likely to understand what you are teaching them, which for this book is, “Don’t Stick Sticks Up Your Nose! Don’t Stuff Stuff In Your Ears!”